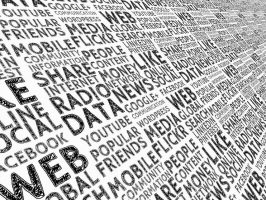 Proton is a rather interesting VPN product on the security market due to several reasons. Thus, many users like it due to its free version with unlimited traffic and a full range of security, even of the costless version. Others rely on the Switz quality, which can be seen in all possible aspects. However, some hidden elements don’t allow to become this product the most popular one. Read ProtonVPN review, and you’ll be familiar with all the needed aspects.

The developers of ProtonVPN and ProtonMail are employees of CERN (European Organization for Nuclear Research) Andy Yen, Jason Stockman, and Wei Song (it is clear why their mail and VPN services are called “Proton”). Offices and main servers are located in Switzerland; the privacy policies are also based on the Switz legal documents.

The first product the new company released was Mail Proton, which is considered as one of the most secure mail services. It differs from other services by the ability to encrypt the letter before it is sent to the server and other interesting functions. The success of the programming approaches forced owners to expand to the related market, and Virtual Private Networks were selected as the next developing target.

There are some shortcomings of ProtonVPN, but they are not related to the security issues as the essential element of every VPN service. Thus, the speed of even paid versions can be not the best due to the lack of a massive number of servers (compared to market leaders). Another drawback is the weak support and absence of live chat, which can be a vital problem sometimes. Also, it is highly recommended to Windows owners as precisely this version is the best developed one, while mobile applications and Mac are still actively developing.

Nevertheless, all those shortcomings can be easily beaten by a free version with unlimited traffic and reliable protection. So, now you are ready to make a final decision about this product. Good luck!